COMEDY NIGHT AT THE CHURCH OF SCIENTOLOGY: PART II, AT MECCA

But Scientology carries a threatening mystique in the American imagination. It seems odd considering there are far more sinister religious groups in America and here in Florida that we barely think about. Like the Prosperity Gospel churches and their toothy preachers who steal money from the poor and desperate. The Mormon Church is the single largest landowner in Florida with deeds to over 500,000 acres of wild and rural land that they’re gonna pave over with soulless sub-developments.

The truth is there aren’t enough Scientologists in the world to really matter. While the Church claims some 10 million worldwide adherents, according to a recent Tampa Bay Times article, there is only evidence of 25,000 in total. And half of them live here in Southwest Florida.

It was easy to spot the Scientologists. They wore vests and slacks, and all had on masks and transparent gloves, even while outside. To make it easier still, the only other people on the streets were the homeless. There was a bus station on the edge of downtown and it was filled with transients. The two groups treat each other like apparitions for the most part, never interacting but for this one shirtless guy with a single flip-flop drinking a 64-ounce Big Gulp. He was smoking a cigarillo and shouting at the Scientologists, “Man, y’all are weird! How can you believe this shit! Brainwashed-ass bitch!”

But why Florida? What brought them down here? It started with Satan.

In 1945, just after the war, L Ron Hubbard started hanging out with Jack Parsons, the founder of the Jet Propulsion Laboratory and father of rocket science. It was Parson’s rockets that gave NASA the edge in the space race. Parsons was also an occultist. He believed in “Thelema,” the religion created by famed Satanist, Aleister Crowley. By the time Parsons and Hubbard met, Parsons had been pushed out of his rocket company and went headfirst into the occult where strange sex rituals were performed:

“On a black and white stage stood an altar embossed with hieroglyphic patterns, a host of candles and an upright coffin covered with a gauze curtain out of which the group's caped leader would appear. Poetry was read, swords were drawn, breasts kissed, and lances stroked. It was a highly charged sexual atmosphere. Wine was drunk and cakes made out of menstrual blood were consumed.”

Soon, Hubbard and Parsons were enacting “sex magick" of their own. They attempted the “Babalon Working,” a ritual that promised to create a child with godlike powers called a “moon baby.” For 11 nights in a row, a robed Hubbard chanted incantations, drew occult symbols in the air with swords, smeared animal blood on runes and masturbated on magical tablets all while Parsons and his fiancé had sex.

Even this stuff weirded out the supremely weird satanist Crowley who thought Hubbard was a con man and described the behavior of the two as “idiocy.” Crowley was right. In 1946, Hubbard convinced Parsons to lend him $20,000 for a business venture, but instead stole the money and Parson’s girlfriend and fled to Florida to open up a sailboat dealership. This sent Parsons into a depressive spiral. Shortly after, he suspiciously blew himself up in his home laboratory. 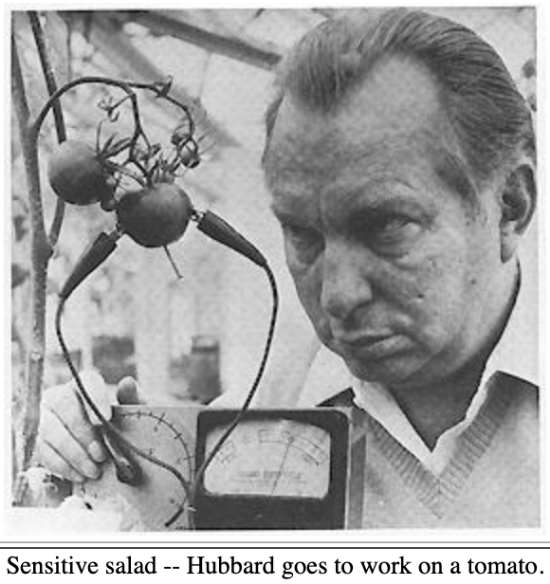 Though Hubbard wouldn’t stay in Florida, the Church of Scientology returned to the Sunshine State 30 years later in 1975 when it purchased the massive Fort Harrison Hotel in downtown Clearwater. The old hotel was then converted into the Flag Land Base—the spiritual headquarters of Scientology. Like Mecca, all followers of the Church must visit and take courses here. This is where I was going to go to get my friend’s comedy tape.

But first, I was thirsty.

I found a convenience store a couple blocks from the Flag Land Base building. I went inside. It looked like an alien came down to earth, walked around a Walgreens for 10 minutes and then was asked to rebuild the store from memory. I saw candy I’d never heard of before. Off-brand Legos and toys I remember from my childhood. One aisle was just single items like loose scissors hanging from hooks with no price tag. No one was at the cash register or in the store. The only sound came from a single old television playing a DVD of an older man with white hair speaking closely into the camera, passionately saying how easy it can be to get your life together if you just follow this simple steps. 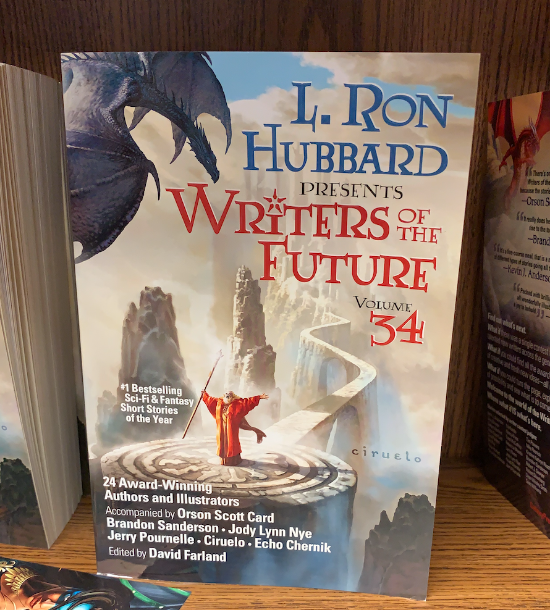 In the back was a small room that led to a bookstore. Again there was little stock. Single books lined the shelves. There were books by Hubbard with covers mimicking Harry Potter and self-help books titled How to live 150 years in health: 2nd EDITION. On the back it said, “Improve your health and longevity thanks to the new of Metabolomics. Another book had two business men shaking hands called How to Sell. 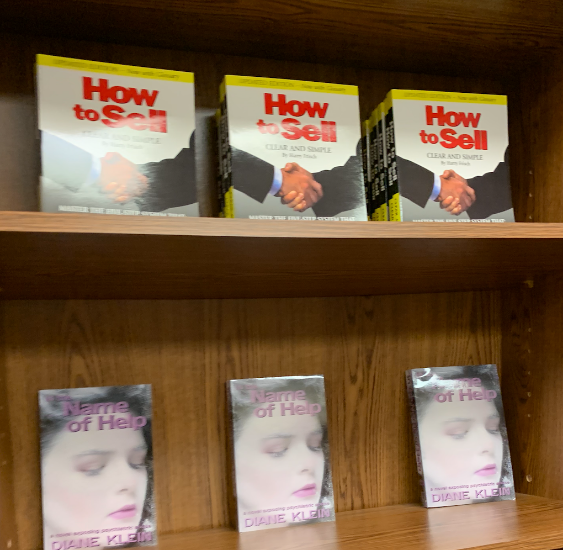 I left without getting any water.

If I lived downtown and this was my convenience store, I’d be pretty bummed out. A lot of people don’t like that they’re here. They’ve purchased all this property and left it to sit out in the sun. One thing I noticed was that in every building owned by the Church, the blinds in every window were drawn. I assume they were empty and unoccupied. The city of Clearwater wants to take advantage of Florida’s booming popularity and turn downtown into a desirable place to be, but the Church is standing in the way of that. I take a little bit of pleasure in this anti-development. Florida’s unregulated and developer-friendly real estate is being undone by its lack of central planning.

In a way, Scientology’s metaphysics is suited for Florida. After the end of World War II, America had to confront the end of its own frontier. From sea to shining sea, the United States manifested its destiny. So now what? Hubbard cleverly saw an endless frontier in the minds of 20th century Americans. Scientology is a boundless schematic of a religion. There is always a higher level to achieve. Florida is the last bit of frontier left in the country. Yes, the coastal cities have been around, but the interior, godless swampy land has yet to be entirely paved over! We are conquering Florida from the outside in, like skin cancer metastasizing its way to the brain.

I walked up the front door of the Flag Land Base building. Who would I ask to speak with? Tom Cruise? David Miscavige? I reached for the handle and pulled. The door was locked. I pressed my face up the window to see if anyone was there. A woman inside swiftly walked towards me. About 10 feet from the door she stopped and just shook her head twice. Then she turned around and left. I’m sorry, Chris.

In a way, I was disappointed. All the scary stories about the Church and its followers made me think there would have been some kind of interaction. I kept expecting someone to ask me to leave, or to try and convince me to stay forever. They treated me as if I was barely there at all.