MARTIN HYDE LOST! Surely Everything Will Be OK Now

The Florida primaries came and went. Sure, all the psychos won the Sarasota County School Board seats. And yeah, it’s true that the Sarasota Hospital Board is now full of unhinged maniacs who get their medical advice from chiropractors on YouTube. Also, Matt Gaetz crushed his opponent. But not all is lost! 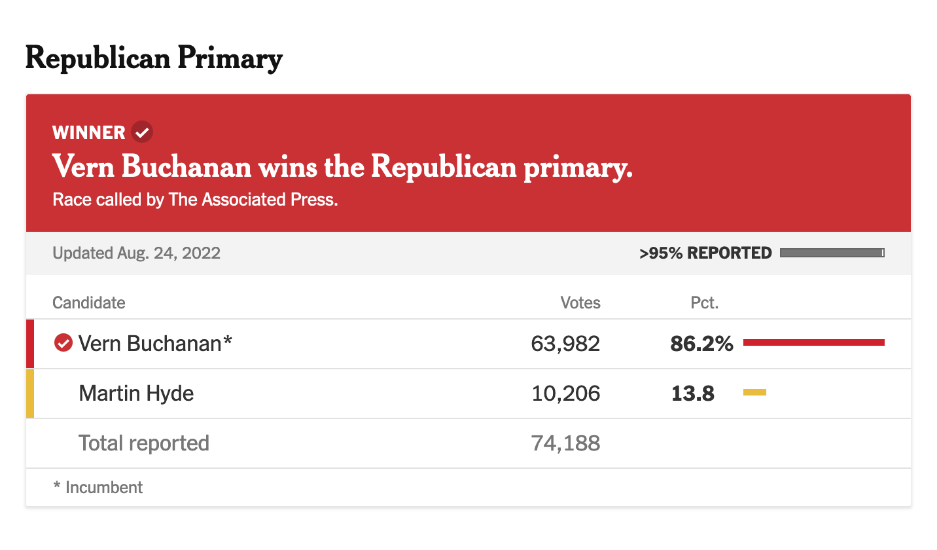 You see? The arc of the universe does bend towards justice after all! We can all pat ourselves on the back. While every other corner of our planet burns, at least that awful, bad man who was never going to win anyway, lost.

If you’re suffering from Martin Hyde fatigue, I understand. So is Martin Hyde. I spoke with him the day after his resounding defeat and asked him what it feels like to be the most hated man in the state of the Florida, and whether he has any regrets:

Spotify - Cheeseburger in Babylon Ep. 7 - The Most Hated Man in Florida

Apple Podcasts - Cheeseburger in Babylon Ep. 7 - The Most Hated Man in Florida

YouTube - Cheeseburger in Babylon Ep. 7 - The Most Hated Man in Florida

This is not the first time I have interviewed Hyde. I got a lot shit for the article I wrote about Hyde in Sarasota Magazine. People accused me of being paid by Hyde himself for the “fluff piece” I did. Makes me seriously doubt people's reading comprehension skills.

This lady called me to tell me she thought Hyde was “disgusting” but that I was also a bad journalist. She called the company I wrote Hyde owned and told me they denied any association with him. She told me that because of the article I wrote, the company was getting death threats. “Don’t you journalists fact check anymore?” She asked. I told her he just sold it, but more importantly, I asked her why she would call that company in the first place. Was she calling in a death threat? Still waiting for my apology, LINDA.

Martin Hyde says heinous things. We have completely different worldviews. But I don’t hate him. Because it’s all a performance. He doesn’t really believe in the things he says. He’s playing a part. Hating Martin Hyde is like hating the villain in professional wrestling. I never got worked up about professional wrestling—even as a child, I knew the whole thing was fake. 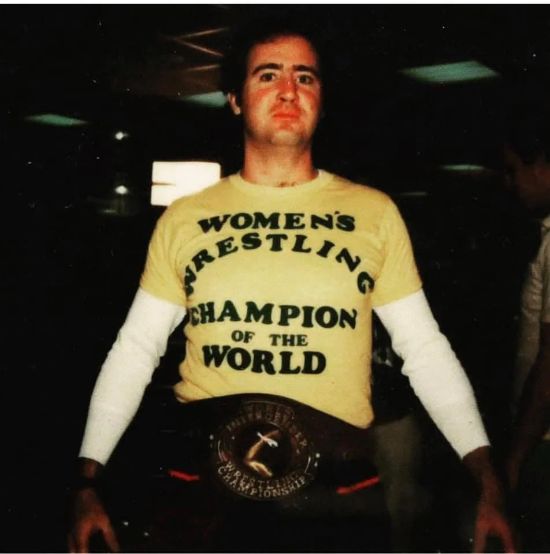 I know that Hyde has personally insulted a lot of people. If he’s been an asshole to you in person, go ahead and dislike the guy. But millions of people watched that viral video of his with righteous glee. He has no direct bearing on their lives beyond providing them with a sense of moral superiority.

Martin Hyde is playing a part. He distracts people from the real, boring machinations of the world. He reveals people’s anger and where they choose to direct it. Towards meaninglessness. It’s like hating the Dallas Cowboys. It feels good. Football is way more entertaining when you have something to root against, but whether the Cowboys win or lose has no material effect on the world.

So why don’t these people direct their anger at the true villains? Did these people call up and threaten FPL for undermining democracy and monopolizing energy so that they can charge us whatever they want to keep the lights on? When the gypsum stacks at the Piney Point phosphate processing plant leaked because its owners were too cheap to fix it, and now they’re going to continue pumping millions of gallons of toxic water into our bay and aquifer, did they call Mosaic or the criminals who did this? Of course not. They’d rather save up all their fury for a lonely British guy who says provocative things for attention.

Martin Hyde is currently the #1 trending story on both the Sarasota Herald Tribune and Sarasota Magazine’s websites.

We are all stuck in this attention economy. It’s how we measure our worth today, financially and spiritually. Silicon Valley’s entire functioning principle is HOW CAN WE GET YOU TO LOOK AT THIS THING LONGER? The dopamine hits we get from likes and views is physically warping our brains.

Martin Hyde is an attention junkie. Since I first reached out to Martin to do the story, he’s sent me dozens of selfies. I’ve got a series of him wearing different conservative shirts. He sent me screen shots of Google analytics showing that his name was searched or appeared more than Vern Buchanan’s or Greg Steube’s.

I might be giving him one last fix here, but I think it’s important. I want us all to reflect on this phenomenon and how we can move on from this kind of meaningless politics.

Whatever satisfaction you might have in Hyde losing, whatever hate you might feel for him. Soon that will all disappear. And then what are we left with?

If you enjoy this, please consider subscribing for $5.

If $5 is too much, then send this to five of your friends. As a serious attention addict, I need more people to see this. Help get me my fix.