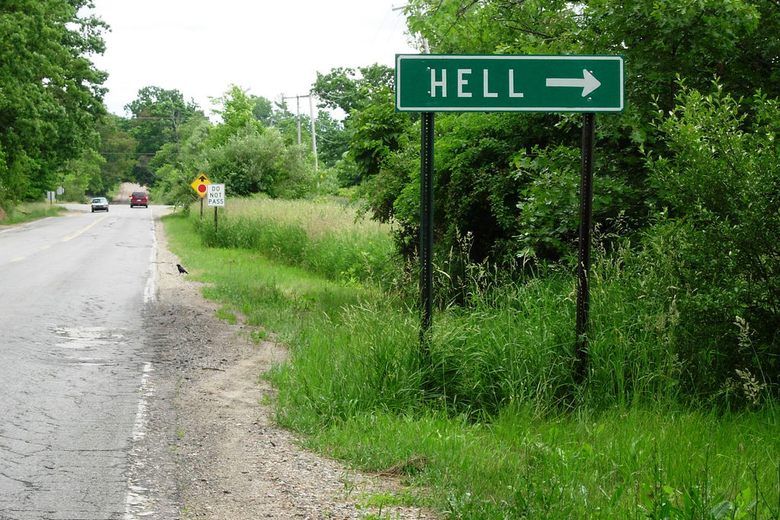 I wrote a few stories this month about local politics in my hometown of Sarasota, Florida, and I've come to this conclusion--local politics is annoying as hell. I've been going to School Board meetings, watching the excruciating minutiae of County Commission votes and navigating the lies of local interest groups. And just about everybody involved is a total wanker. From the "concerned" citizens at the school board meetings who don't even have children of their own, but have become obsessed with the minds and bodies of our nation's youth, to the local commissioner who whines about how mean everyone is to him because of his crooked mismanagement, the political happenings nearest us appear designed to be so maddening that we stay away altogether.

But that would be a huge mistake.

The things that most directly affect our everyday lives happen right under our noses.

Just a couple weeks ago, our county commission took a giant step towards limiting the public's ability to amend its own charter. To bring attention to this, an area gadfly dressed up in a superhero costume so that people might take interest in the erasure of their constitutional rights. 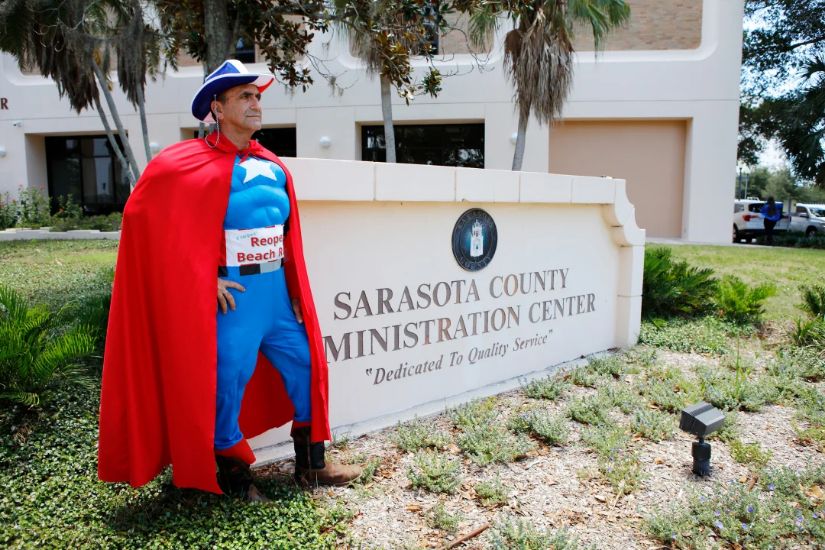 I admire anyone willing to embarrass themselves for the greater good.

I wrote about it, but it did little good. There must have been something else on TV.

It doesn't have the sex appeal of the culture wars or a foreign conflict. Watching some embedded CNN reporter with a helmet and bulletproof vest dodge Russian artillery is way more exciting than listening to a meeting about inclusionary zoning law and affordable housing. We must be entertained.

We obsess over issues that have no real bearing on our day to day lives. Whether I'm talking to a conservative who hates Obama, or a liberal who has PTSD over Trump, I like ask this simple question: In all those years under this despotic president, in what way did your life tangibly change at all?

With liberals, I'll often get a response along the lines of how Trump changed the norms of America and how psychologically traumatic it was having to listen to him talk. Or maybe they'll point out the kids in cages or the Paris Climate Accord. Guess what? The kids are still in cages and Biden might be worse on the environment than Trump. If it upsets you so much to watch Trump on TV, change the channel.

With conservatives, they fret over statistically nonexistent issues like trans swimmers or issues that are thousands of miles away from them. Why would some Midwest pool cleaner give a shit about a wall along the border of Arizona?

It's not all your fault. Local reporting is in terminal decline. Since 2005, the US has lost more than a quarter of its newspapers. By 2025, we are going to lose a third. Beat reporters are a thing of the past. Nobody is an expert anymore, just jacks of all trades. We also get paid shit. The local salary of a news reporter is $36,000. I'm a freelancer so I get less than that.

There's a bill making its way through Congress call the Journalism Competition and Preservation Act (JCPA). It would allow for small and local news organizations to negotiate with Google and Facebook to get a tiny sliver of that advertising money pie. Unfortunately, I don't believe it's a real solution.

The US is on shaky ground. I don't see a civil war, but I can see a Balkanization of the union. "The Free State of Florida" won't take no guff from the tyranny of California. Abortion will be decided by the state.

So we must look closely at what happens in our neighborhoods and our city halls. I care deeply about the plight of others in foreign countries, but I feel powerless to do anything about it. But I can make my local elected official's life hell. Perhaps if we get involved locally, if we elect the right representatives nearest us, then that change will radiate out with centrifugal force and there will be justice in the world. And if you want me to put my money where my mouth is, I'm gonna run for local office in two years.

If you want to support local reporting, considering subscribing to this newsletter for $5 a month. It means a lot and encourages me not to abandon this sinking ship of an industry.