THERE ARE NO SMOKING GUNS 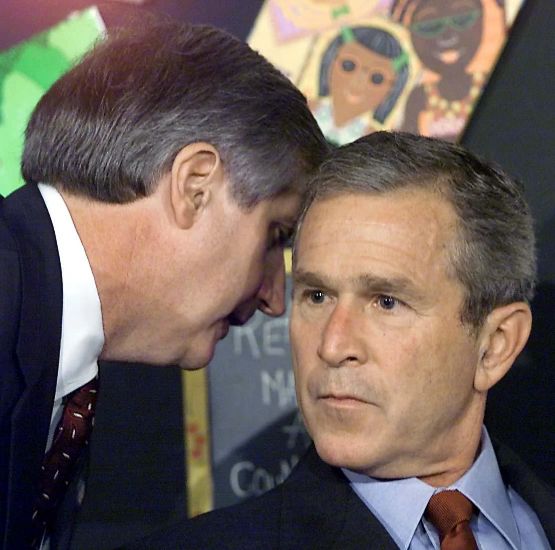 Writing about 9/11 is like Shark Week. We get a short period of reporting and updates, and then the subject matter hibernates unnoticed and forgotten for another year. This is a double-edged sword for 9/11 investigative journalists. It’s good because annual recognition prevents the most significant event in modern American history from disappearing into historical ether and we are forced to seasonally confront the empire-defining event. The bad is that it bottlenecks breaking news into a few short weeks of relevancy. So when new information is unearthed, the media pays little mind. For instance, did you know that the recent FBI documents that the Biden administration just OK’d for release invalidates key parts of the 9/11 Commission Report and throws the validity of the entire US-led investigation into question?

If this is the first you are hearing of it, don’t feel bad. It was by design. Though the documents were legally slated to be released in early March, the public was not made aware of them until the end of the first week of May. What else happened the first week of May? Politico published the leaked Supreme Court ruling draft overturning Roe v. Wade (Not to mention that the news publication that broke the story was Business Insider and the article was paywalled so you couldn’t read it unless you gave them $13). So the story evaded a moment’s notice due to the abortion-dominated news cycle.

For nearly 20 years, the Kingdom of Saudi Arabia and its government pointed to the report’s findings and officially claimed, "Saudi Arabia had nothing to do with this terrible crime.” But these new documents reveal that the Saudi government was intimately linked to the 9/11 hijackers.

In the report, based on Operation Encore documents, the FBI’s secret investigation into the 9/11 attacks, the FBI frequently refers to a US-based Saudi government funded “support network” that aided the hijackers. Figures like Omar al-Albayoumi, who were originally absolved in the 9/11 Commission’s findings, are now officially acknowledged as likely Saudi government spies:

An FBI memo declassified in March, in response to an executive order by President Joe Biden, reported that Bayoumi was receiving a monthly stipend from Saudi intelligence. In other words, he was not a student but a spy. According to the FBI memo, dated June 14, 2017, Bayoumi was tasked with gathering information "on persons of interest in the Saudi community" and passing the intelligence to Prince Bandar bin Sultan al-Saud, the Saudi ambassador at the time. --Business Insider

Prince Bandar was further implicated by the new reports that revealed Musaed al Jarrah, the Saudi Embassy’s director of Islamic Affairs who aided the hijackers, was close to the Saudi ambassador and later worked with him at the National Security Ministry in Saudi Arabia

Here’s Prince Bandar at the White House a mere two days after the 9/11 attacks: 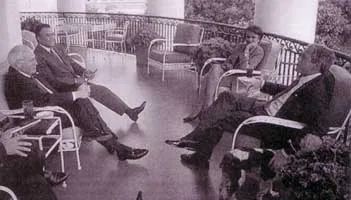 (From left to right: Dick Cheney, Prince Bandar, Condoleezza Rice, and George W. Bush, on the Truman Balcony of the White House on September 13, 2001. [Source: White House via HistoryCommons.org])

Thomas Kean, the former New Jersey governor who chaired the 9/11 Commission, told Insider in an interview that it was true that Bayoumi "was definitely involved" with the Saudi government. Still, he shied away from admitting that Bayoumi had foreknowledge of the attacks.

But a recent second document dump, this time released by the British government as a result of the ongoing litigation against the Saudi government by the families of 9/11 victims, gives ample evidence that Bayoumi knew the attacks were going to happen. Among the documents was a diagram belonging to Bayoumi that portrayed a plane crashing into a target with a formula used to calculate the distance to the target. Though this document was seized by British police in 2001, its existence wasn’t revealed until 2007. 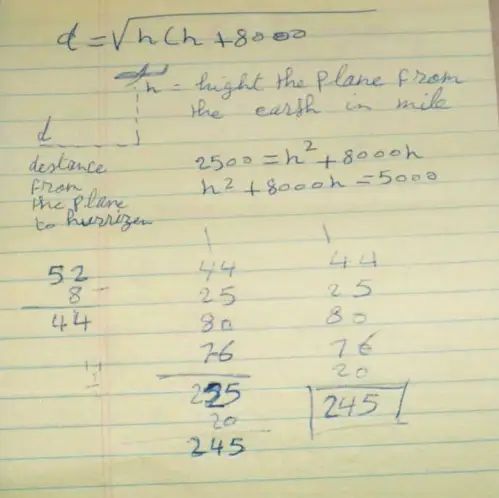 After being shown the diagrams, Phillip Zelikow, the executive director of the 9/11 Commission, was unmoved. In the interview with Insider, he “suggested that the drawing and calculations might be related to Bayoumi's work with the Saudi Civil Aviation Authority. ‘It is possible that someone working in civil aviation might have worked on such equations, for various reasons,’ he said.”

What does this have to do with Florida? It is likely that none of this information would have made it to light without the reporting of Florida-based journalist Dan Christensen and attorney Thomas Julin. I wrote about it last year in detail in Sarasota Magazine. Read it here. But I’ll summarize it for you. It was through Christensen’s reporting in The Florida Bulldog and Julin’s legal filings that the existence of Operation Encore was discovered. While Operation Encore was a secret FBI investigation of the 9/11 hijackers who lived and trained in San Diego, none of this would have been known if it weren’t for the discovery of a Saudi family in Sarasota, Florida. The family, the al-Hijji’s, conspicuously fled their suburban Sarasota home days before the 9/11 attacks. 10 years later, Christensen and his colleagues learned that several hijackers, including Mohamed Atta himself, had visited the home multiple times.

The Biden administration has promised to slowly release the remaining thousands of pages of documents dealing with the FBI’s findings in San Diego. Zero of the tens of thousands of documents that have to do with the hijackers in Florida are scheduled for release. They are all indefinitely locked up in an FBI building in Tampa. Will they ever release those documents? Will we have to wait another decade for another fanfare-less Friday FBI document dump? 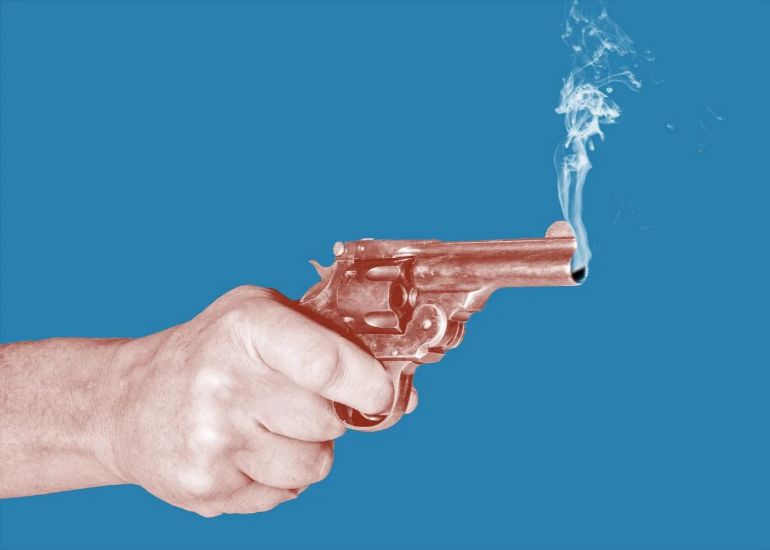 I’ve come to the conclusion that there are no more smoking guns left on this earth. For those of who have questioned the official 9/11 narrative for years, this document dump didn’t tell us anything we didn’t already know. It is unquestionably true that the Saudi government was complicit in the 9/11 attacks and that our own government suppressed the truth and held interference for their Middle East ally. Why the Saudi’s would attack us and why our government would protect them is still up for debate. Credible and serious journalists wouldn’t dare leap to conclusions that something more sinister is afoot. They would first need to do their due diligence and uncover incontrovertible evidence that proves such a connection. I am not one of them.

I think, however, that even the most virtuous journalist would agree with me that the Biden administration released these documents because they were safe. Not in a million years would they ever just hand over the smoking gun the exposes the whole corrupt system. They have tossed that gun down a bottomless well, sealed it up, and piled radioactive waste around it.

Why would the Biden administration, or any government or agency for that matter, give us these documents then? There’s a tactic in the espionage world called a limited hangout. According to former special assistant to the Deputy Director of the Central Intelligence Agency Victor Marchetti, a limited hangout is used when the "veil of secrecy is shredded and they can no longer rely on a phony cover story to misinform the public, they resort to admitting—sometimes even volunteering—some of the truth while still managing to withhold the key and damaging facts in the case. The public, however, is usually so intrigued by the new information that it never thinks to pursue the matter further."

They will forever hide behind that shadow of a doubt.

So what are we to do then? I am not advocating some nihilist response to the pursuit of truth. In the face of the hidden events around the world, the best think you can do is simply ask: Who benefits?

We are drowning in conspiracies. Some are very real and widely accepted—think Iran Contra—and some are so fucking out there that I wouldn’t even bother to entertain them—re: Biden is a clone? Others are so deeply partisan that no one will bother to consider the valid points of the other side—*cough* COVID *cough*. And even when something is undeniably true, if it doesn't align with your preexisting worldview, its veracity is worthless.

Perhaps the best thing to do is not worry about the intent of the conspiracy itself. Maybe Bush didn’t do 9/11 and the towers fell because 19 non-state actors hated America for its freedom. Or maybe the COVID vaccine is bullshit? From there we should investigate the fallout instead. Who benefited from these events and work backwards from there. In other words, maybe it doesn’t matter who did 9/11, but rather to hold those accountable who exploited it. I believe justice can be found there somewhere.

I worry what 9/11 will mean in 100 years when no one is left alive who remembers it. So until then, I feel responsible to keep eyes open and annoy my family and friends at every opportunity with my gentle conspiratorial reminders that 9/11 isn't just a day that happens every year--it's an entire world view.

If you've made it all the way to the end, WOW! Mazel tov! That's really cool. You know what's not really cool? Me asking for money after writing about 9/11. Am I exploiting the tragedy for my own ends? Subscribe now for $5 so you can comment on the article and personally tell me what a hypocrite I am.