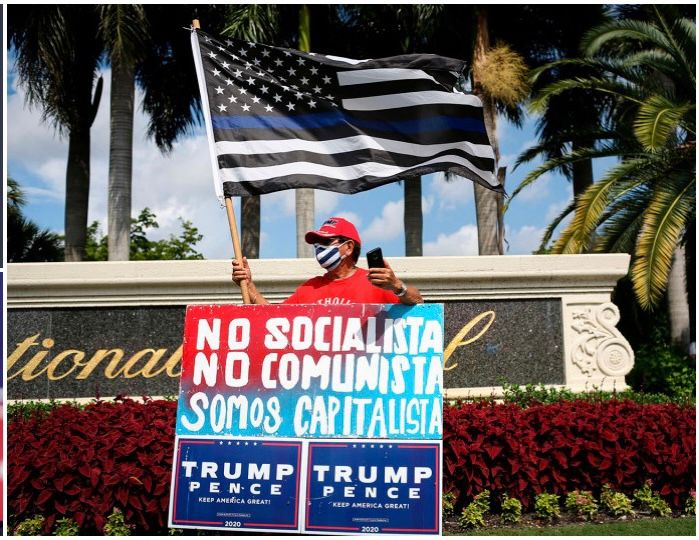 Florida’s state legislature is known for proposing very stupid bills and turning them into very stupid laws. These laws tend to fall into one of two categories: The laws that exist solely to benefit those with assets, like 2019’s House Bill 7103, which banned requiring developers to provide affordable housing; and the hollow culture war laws that don’t have any material benefit and face no resistance like this year’s Senate Bill 1006, which proposes designating the strawberry shortcake as the official dessert of the state of Florida (never mind that the Key lime pie holds that very serious position).

The latest law in a long line of stupid laws is HB 395. This bill, proposed by Republican Rep. David Borrero of Sweetwater, would have the governor declare every November 7 “Victims of Communism Day” and require all public school students to attend 45 minutes of instruction on the evils of communism. The bill passed unanimously.

Who in their right mind would vote against such a bill? The secret Marxists who have infiltrated the state senate and are incapable of lying? Democratic Co-Leader Evan Jenne praised the bill. “I think everyone in this room understands that communism is an evil and insidious form of government akin to fascism, akin to Nazism, and deserves no safe haven in the state of Florida,” Jenne said.

If democrats are equally anti-communist, who is this bill for, exactly? And it’s not the only red scare bill in the Florida Legislature. Sen. Manny Diaz introduced the Senate version (SB 268), which is a carbon copy of the House Bill, but later switched to the “identical” House version. Last year, Gov. Ron DeSantis signed a bill requiring college professors and their students to register their political views with the state. While this is a fairly shocking development, most academics and students could get around it. Just don’t check the box that says communist.

At least when Joseph McCarthy compiled his famous blacklist in the 1950s, the Soviet Union existed and there was an active Communist Party. But today, there aren’t really any Communists in America, let alone in the state of Florida. The last post on the Communist Party USA, Florida District was September 21, 2001. The Florida Communist Party Facebook group has 536 followers. Your aunt’s homemade jewelry store that she runs out of her spare bedroom has more followers than that.

When the two political parties in America become increasingly difficult to tell apart in any meaningful way, an enemy must be created when there is none. For over 100 years, the threat of “communism” has been perpetual heel in the pro wrestling entertainment that is American politics. By warding off the hallucinatory threat of an approaching communist threat, legislators feed their constituents empty political calories with one hand while doing political favors to lobbyists with the other.

It is to a political party’s benefit to remain the perpetual victim. “Victims of Communism Day” makes the ruling free market system a historical casualty to the demonic forces of Karl Marx. It’s important to position yourself as the one being hurt rather than doing the hurting. It makes for a better story.

One bit of history I doubt students will learn in their upcoming courses is Florida's impressive history of anti-communism.

Anti-Castro Cubans trained in South Florida at the Homestead Air Force Base. When the Bay of Pigs invasion failed miserably, the anti-communists resorted to acts of terror. Anti-Castro groups like Omega 7 and Alpha 66 set off scores of bombs and assassinated Castro sympathizers in Miami throughout the ’60s and ’70s. Militant anti-Castro Cuban exile and former CIA operative Luis Posada Carrile proudly walked the streets of Miami as a freedom fighter until he died at the old age of 90. In 1976, Posada Carrile bombed a Cuban airliner, killing 73 innocent civilians. He was arrested in Venezuela but escaped in 1985 thanks to the collusion of the U.S. State Department, the CIA and the Miami mafia.

Last year, DeSantis awarded the Florida Medal of Freedom to CIA killer Felix Rodríguez, who claims responsibility for the capture and murder of Argentine-born guerrilla leader Che Guevara in Bolivia. Conservatives hate the CIA except when they don’t.

Worse still was Florida’s direct involvement in the training of the terrorist group, the Contras. The guerrilla group, illegally funded by the U.S. and secretly selling arms to Iran, committed atrocities beyond comprehension. Throughout the 1980s, the Contras raped, tortured and killed untold numbers of civilians, including priests, nuns and children in order to overthrow the Sandinista government of Nicaragua. They were trained on a secret military site in Florida and given explicit instructions on how to murder and terrorize civilians by the CIA in a manual known as “Psychological Operations in Guerrilla Warfare.”

I would highly recommend watching the video below to get a glimpse of the atrocities committed by American-trained Contras.

(Make sure to check out friend of the newsletter GDF Official's YouTube for more excellent videos).

Victims of Communism is a silly bill because it’s likely to backfire. School isn’t cool. Remember how attending D.A.R.E. assemblies in the 6th grade convinced you to never smoke weed? As conservative culture increasingly dominates Florida, forcing kids to do uncool stuff like taking government mandated quizzes will only romanticize communism. Expect the next generation of middle schoolers to starting dressing in Fidel Castro fatigues.

But don't get too excited, comrade. This backlash isn’t good either if you want a communist revolution. It’s bad when politics are cool. Coolness is an ephemeral identity. When you wear your politics, you can simply take off your MAGA hat or your Che shirt. This is not an effective politics. You shouldn't be political. You should do politics. Because what is and is not cool is subject to cycles of reactionary culturalism. Skinny jeans were cool. Then they weren’t. Then they were cool again. I’m pretty sure they’re not cool right now, but I guarantee they will be again soon. 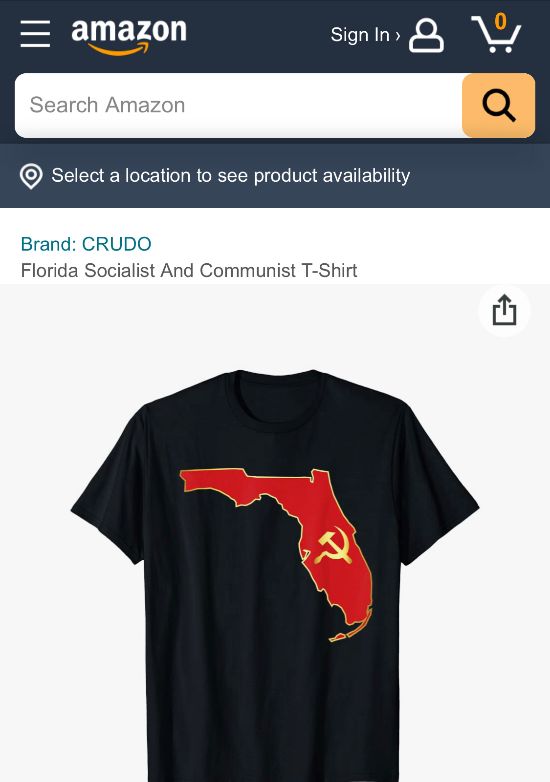 (If I see you wearing this shirt you bought off Amazon, I'm going to make fun of you.)

There was a counterculture wave of socialist popularity around 2016. People were signing up and paying dues to the Democratic Socialists of America and putting hammers and sickles in their Twitter bios. The Bernie Sanders campaign offered a third pole between our “two” party system (it should also be noted that Bernie Sanders is a far cry from a capital “s” Socialist—most of his proposed policies would be considered moderate in a lot of European countries). But Bernie lost and the means of production were not seized.

In the ashes of stillborn socialist revolution in the United States, I now see my peers calling themselves neo-reactionary monarchists or techno-libertarians or the dissident right. But if those ideological subgroups—whatever they stand for—go mainstream, they’ll cease to be cool as well. 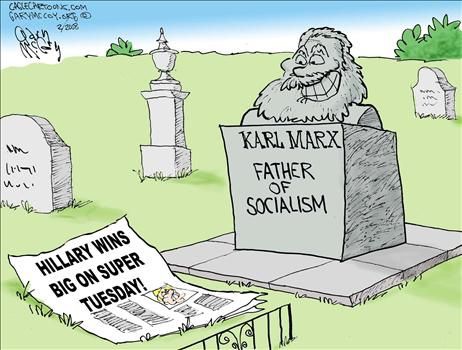