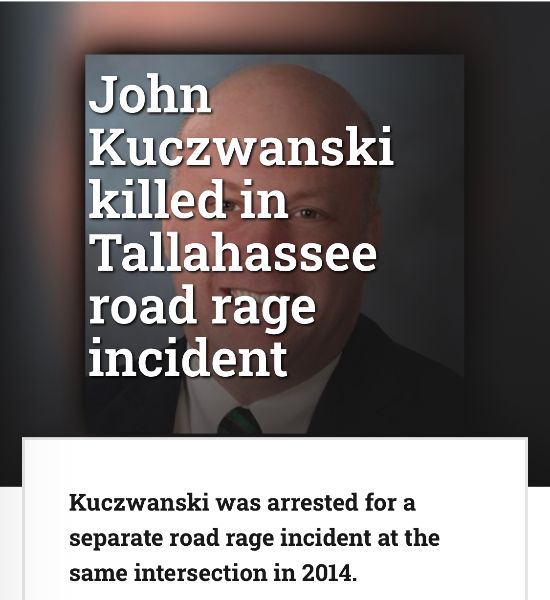 We are only halfway through January and already we’ve got the definitive Florida story of 2022. It’s a macabre tale of guns, karma and the all-American pastime of getting super pissed off in your car.

On January 6, 53-year-old John Kuczwanski, a Republican State Board Administration official, who was described in a police report as a “white, heavy-set male,” was shot and killed in a road rage altercation in Tallahassee. Normally, you could chalk this off as just another typical American gun-related death. But the particulars of this story make it special. The investigation is still active, but here’s what we know so far:

Around 5 p.m. on Thursday the 6th, John Kuczwanski was on his way home to his family in his black BMW when he drifted out of his lane and hit a white Prius. The two cars pulled over into a nearby Circle K parking lot. The driver of the white Prius got out of his car, and witnesses say an argument ensued. The Prius driver got back in his car to call the authorities to make a claim when Kuczwanski suddenly rammed his BMW into the driver’s side door of the Prius and “began pushing the car sideways in the parking lot.” Kuczwanski reportedly then pulled out a handgun and fired at the driver in the Prius.

Up to this point I’d say it’s fair to describe this story as just another bleak, but unremarkable day in America. But here’s where the story twists and becomes uniquely Floridian: The driver of the Prius was also armed. And after receiving gunfire from Kuczwanski, the anonymous Prius owner pulled his gun out, shot back and mortally wounded the attacking bureaucrat through the windshield of the BMW. The Prius driver then “exited their vehicle on the passenger side and took cover not knowing if Kuczwanski was about to fire back.”

The police arrived and briefly detained the unnamed Prius marksman. After speaking with witnesses who corroborated the aggression of Kuczwanski (although it is reported that “conflicting accounts” exist), the Prius Popper walked away a free man that very evening. Because of Florida’s Stand Your Ground law, cases like this are often at the discretion of the police and prosecutors tend not to pursue charges.

It’s not surprising that the internet took great pleasure in the karmic outcome:

Kuczwanski left a small social media trail that looks a bit ironic in light of his death. He Tweeted  about the media’s hypocrisy in its negative coverage of Kyle Rittenhouse and liked Tweets that did the same. His final social media post was this: 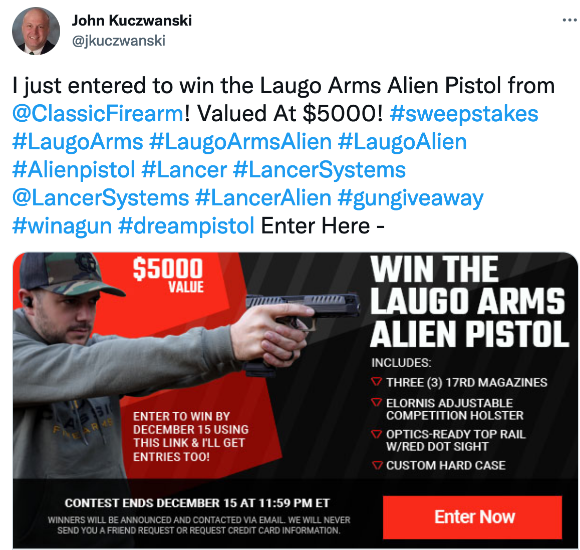 The idea that Kuczwanski got what he deserved understandably didn’t sit well with Rebekah Kuczwanski, John’s widow. Before she deleted her Twitter account, she wrote that her husband was “trying to get away from a man shooting at him” and that “John was the victim and lost his life.” In her mind, the man she knew and loved could not possibly have been the violent instigator or deserve to die. Rebekah claimed her husband did not use his car as a battering ram; rather, he was fleeing for his life. “You’d try to escape too! He was trapped and assassinated!” she wrote on Twitter. “Our whole lives are shattered. The children and I, his friends and family, so many who adored this wonderful, kind, loving man who would do anything for anyone…The whole world lost a great man!”

I can’t confirm whether or not Kuczwanski was a great man. I’m sure in his family’s eyes, he was a saint. But Kuczwanski’s recent past doesn’t paint him in the finest of lights. In December 2014, he was arrested for “Aggravated Assault with a Deadly Weapon without intent to Kill” at the exact same time and at the exact same intersection where he was shot and killed. According to the affidavit, Kuczwanski "pointed a small, black in color handgun with a mounted laser at him while stopped next to him at the intersection of Thomasville Road and Bannerman Road.”

Kuczwanski was sentenced to probation. He was required to remain arrest-free, he could not contact the victim and was profited from possessing fire arms. He completed the terms of his probation on February 16, 2018. He paid his debt to society and promptly purchased at least one more gun.

I try not to take pleasure in the misfortunes of others. A certain faction of liberals taking great joy in reports of anti-vaxxers dying of COVID:

Still, the overwhelming response online to Kuczwanski’s death was glee. I saw lots of people parrot a popular expression that is most often used by conservatives when left-wing protestors get the shit kicked out of them by police: “Fuck around and find out.” In their minds, Kuczwanski found out. I think what gives them even more joy is the assumption that because the anonymous shooter drove a Prius, he was a liberal. I’d say that’s a pretty safe bet.

American politics manifest more often in our consumer choices than in our electoral democracy. Instead of paying dues to a particular political organization or labor union, we are far more likely buy some sort of cultural signifier that puts us on one side of the culture war. Consider that one of the most popular forms of political “activism” is to boycott or “buycott” a commodity. Think Chik-fil-A and Keurig and Nike and MyPillow. So there’s some cultural cognitive dissonance to a strapped Prius owner head-shotting a conservative political figure. It would kind of be like if one of those Oath Keepers that broke into the Capitol called into NPR and won a game of Wait, Wait, Don’t Tell Me.

We are never more Floridian than when we are behind the wheel. Islands unto ourselves, we expect the world bend to our favor. There’s lots of extreme road rage in Florida: 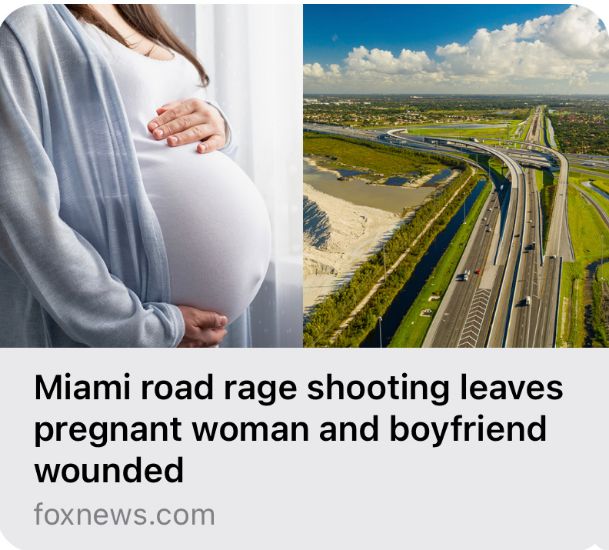 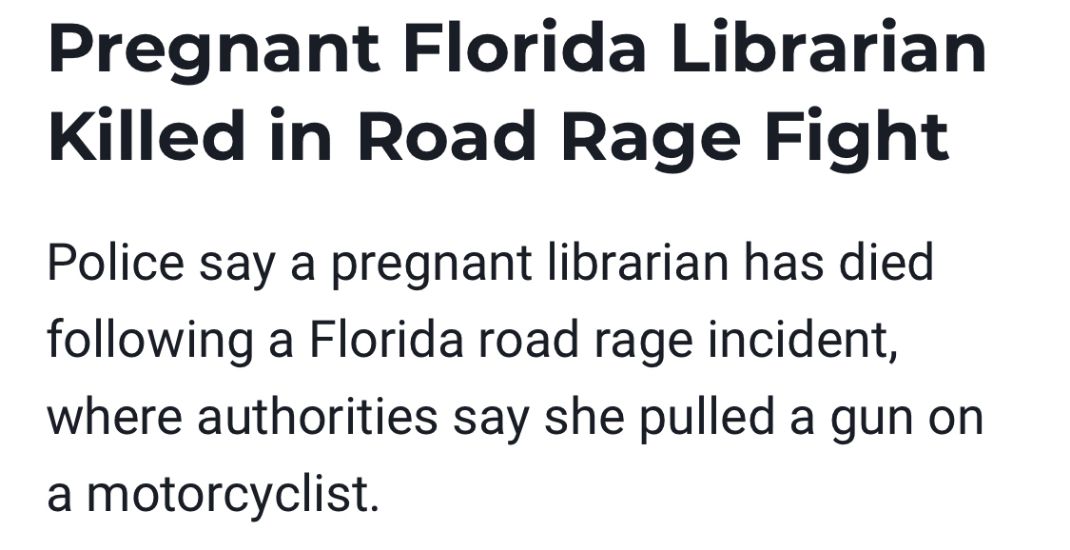 It is the most American kind of violence: guns and cars. Road rage is a rage of inconvenience, but because we are all heroes in our own stories, these inconveniences, no matter how minor, are unacceptable. Maybe John Kuczwanski felt like a hero in the moments leading up to his death. It’s hard not to believe he never imagined some righteous, violent fantasy with his guns. Or maybe this is the future of violence in America. Not civil war, like some people fear, but people losing their shit on airplanes because someone stole their armrest. Someone freaking the fuck out at the Red Lobster waiter for not bringing the second round of complimentary cheddar biscuits fast enough. 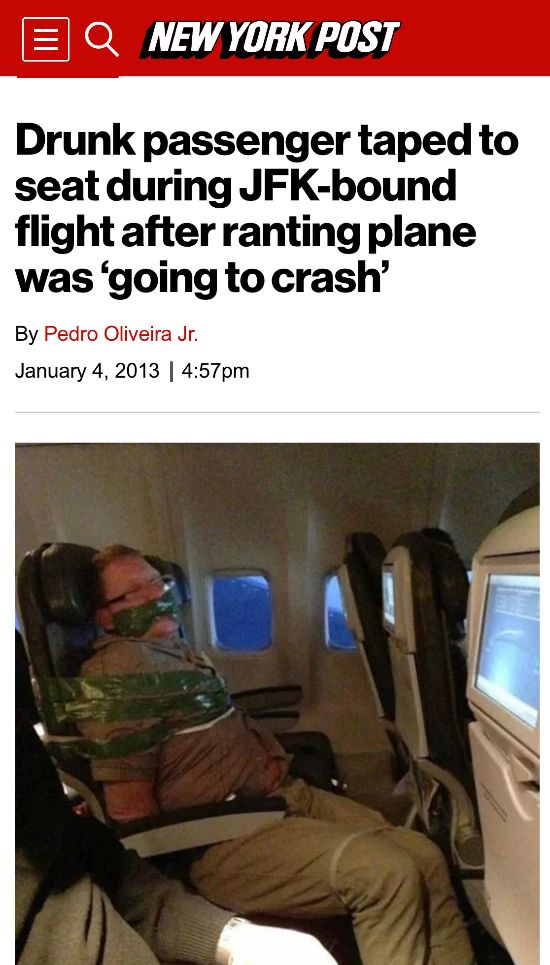 When I drive, I believe that every light should be green for me. When I get hit by a series of red lights, I feel personally wronged. Like someone has it out for me. Infuriated, I blame all the drivers around me who I believe are somehow responsible for my unjust inconvenience. What I don’t consider in my outrage is that in that universe where I get all the greens, that means that someone else has to get the reds. 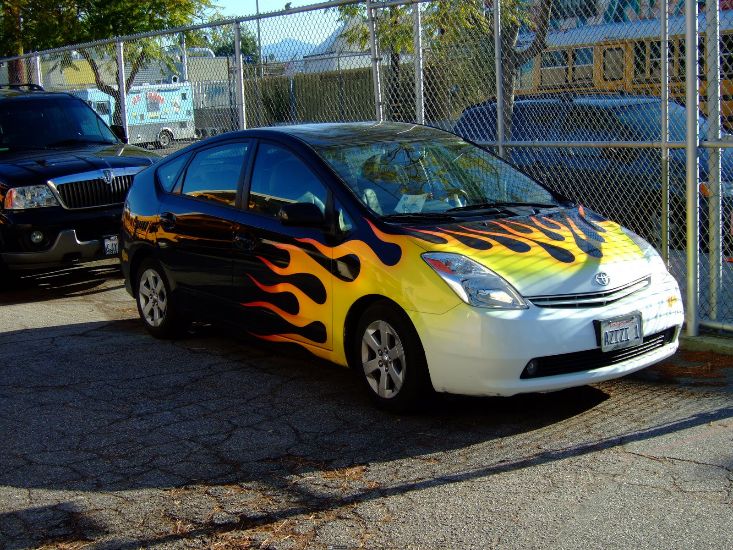