In a Basic “essence build” the user generates essence at a designated level of potency out of their core which remains solid until dispersed throughout the body with an “Essence movement”. The essence then spreads and covers the entire body (except the head).

While the core location of a default essence build can be felt or seen to be in the center of the chest; it may or may not actually be that way for a user.Commonly the core resides in the chest however it may find itself to reside anywhere along the spine. A common secondary location the core resides in is that of the lower lumbar region of the spine; almost but not quite to the sacrum.

The act of moving essence to different locations in the body is one of “willing” it to wander there. There will always be a main core and there will be a small thin tether connecting the main core to where the user is willing it to appear. The end location where the user is “willing” the essence to go to is going to build up a secondary bulk. The line of essence that connects the two points will always be rather weak in feeling in signal.

Beginning practitioners of essence directional control will notice they can immediately increase the feeling/accumulation of essence along the line that connects the origin core to the end point. It is advised to not focus on this as the intention is to increase the accumulation in the location that is the chosen end point.

Heightened Essence directional control within a user will allow for greater and more efficient accuracy, speed, and potency of the build to any required location on the body. In this way we can decide when necessary, to isolate the effects of essence or any said activation to one singular spot for one singular purpose for any individual situation.

There are 5 different degrees of essence directional control; 5th degree being the least difficult to control. 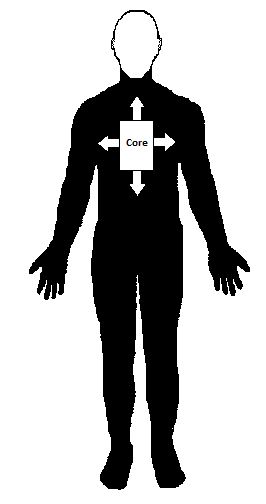