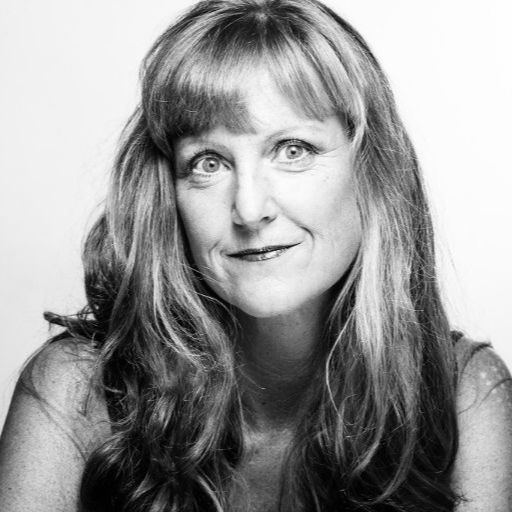 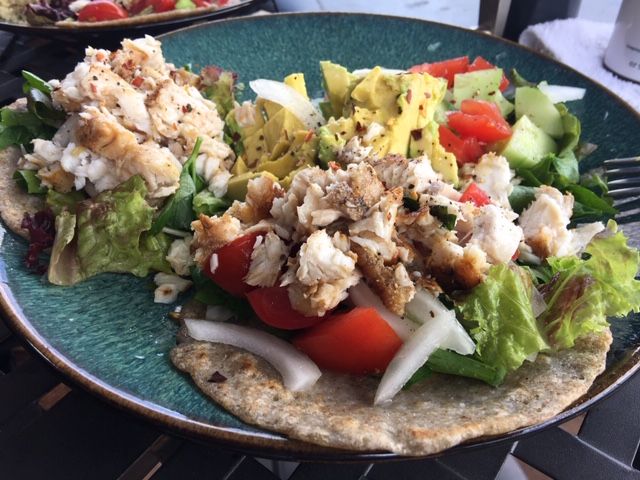 It is hard to imagine that there could be a “one size fits all” diet. But, considering how far away medical practice is--from "practical" medicine, it’s no wonder this “new" scientific breakthrough called the ketogenic diet has been sitting under our noses for over 100 years.

Ever since Dr. Otto Warburg won the Nobel Prize for his revolutionary discovery of how cancer cells metabolize energy differently than healthy cells (early 1930’s), science has been aware that cancer is driven by metabolism rather than mutated DNA. This collaborates with the emerging new science of epigenetics as well as the theory of quantum physics and the energetic systems of ancient healing practices.

In other words, it’s the environment surrounding the cell that triggers the behavior of the cell. The DNA is not the driver. This reality challenges one of the most entrenched beliefs in our medical history and suggests that the nucleus may not be the “brain” of the cell after all but rather it is the mitochondria that determine the outcome of cellular behavior. Those brave enough to admit that we’ve been wrong are rising up and thankfully bringing this message to the forefront.

“I have come to see that we are losing the war against cancer because scientists are chasing a flawed paradigm: most adult cancers are not a disease of damaged DNA, but rather one of defective metabolism.” ~ Dr. Mercola, Fat For Fuel, A Revolutionary Diet to Combat Cancer, Boost Brain Power and Increase Your Energy"

But, because this idea cannot be capitalized on, Warburg’s theory was poo poo’d and all eyes were put upon decades of relentless research that would focus on pharmaceutical “treatments” that could potentially be profitable–and they’ve been stuck there ever since–searching for the “cure”. Sadly, for so many people who have suffered from cancer, if you look in the wrong place, you will never find what you are looking for.

“Nutritional ketosis impacts multiple tumor-promoting pathways by limiting glucose availability to the tumor, suppressing insulin growth factor signaling.” ~ Travis Christofferson, Tripping Over The Truth: How The Metabolic Theory of Cancer Is Overturning One Of Medicine’s Most Entrenched Paradigms

Dr. Perlmutter, in his book, Grain Brain (which is an incredible book that I highly recommend reading!!), speaks briefly about ketosis and the ketogenic diet as a way to reverse neurodegenerative diseases.

“Researchers have known for some time that the essence of all degenerative conditions, including brain disorders, is inflammation. But until now, scientists couldn’t identify the instigators of that inflammation… ” ~ Dr. Perlmutter, Grain Brain Cook Book

Thanks to the many pioneers in the field of science and nutrition, we now know exactly what the instigators are: sugars. The good news is, that you CAN influence your body’s ability to heal by changing your internal environment by choosing different foods. We can change our genetic expression by changing our perceptions.

By removing the instigators, you have the golden ticket to reversing symptoms! All symptoms are an adaptation to stress. So what is the stressor that we have control over? What we eat, think, and feel.

“Contrary to what you might think, the inflammatory process that’s involved in the degeneration of your arthritic knee or your coronary arteries is the very same one that leads to the deterioration of the human brain.” ~Dr. Perlmutter, Grain Brain Cook Book

The ketogenic diet quite possibly holds the key to our survival as a species moving forward while we struggle to transcend the most deadly diseases of our times, which are arguably preventable. The results from implementing a well-thought-out ketogenic diet are astounding! But why? Because it targets the root cause of almost every major disease process.

“Mounting research suggests nutritional ketosis is the answer to a long list of health problems, starting with obesity. In fact, emerging scientific evidence suggests a high-fat, low-net carb and low to moderate-protein diet (in other words, a diet that keeps you in a state of nutritional ketosis) is ideal for most people. In fact, endurance athletes are turning away from conventional high-carb strategies and adopting this way of eating because it boosts physical stamina and endurance. Beyond insulin resistance and type 2 diabetes, there are a number of applications for nutritional ketosis, including as a treatment for seizures, especially in kids who are unresponsive to drugs, and in neurological conditions such as Alzheimer’s and Parkinson’s. Cancer is another area where ketogenic diets show great promise.” ~Dr. Mercola, Blog

Our survival as a species once depended upon our metabolic flexibility during times when food was not available. The very nature of the hunting and gathering lifestyle meant adapting to the cycle of seasons which included times of feasting and times of starvation. When food was plentiful, we would store energy as fat. When food was scarce, we burned our stored body fat for energy. None of us would be here today without this built-in metabolic keto-adaptation which is hard-wired into our DNA.

Our body was designed for the lifestyle of a cheetah–but most people’s lifestyle resembles a horse that is constantly grazing all day long. The good news is, by implementing a ketogenic diet, we can mimic the lifestyle of the cheetah without ever feeling hungry at all. This is why it works wonders for weight loss (and diabetes) because it controls insulin levels. And remember that insulin is in charge of fat storage.

The key to successful long-term weight loss is not reducing calories, it’s reducing insulin, because insulin is the hormone that decides whether your body is going to burn food for energy–or stored body fat for energy. If you are burning food, then you are not burning body fat. It’s as simple as that.

“The key to accessing your body fat stores is to reduce insulin. You must let your body go into the ‘fasted’ state.” ~ Dr. Jason Fung Blog Post

Metabolic disorders like diabetes, cancer, obesity, and heart disease are the body’s way of adapting to a diet that is too high in sugar. The body prefers to be in balance and it will never stop until a balance is reached. It works very hard to achieve a state of homeostasis. The ketogenic diet allows the physiology to come into a resting place by targeting the underlying metabolic imbalances. Then, the immune system can begin to do its work once this major dietary stressor is lifted.

Some of the best reasons for implementing a ketogenic lifestyle, even if you have no symptoms of disease, would be to:

Because ketones are the optimal fuel for the brain and nervous system, when produced by the body, they open a portal to conscious transcendence. This is why almost every major religious practice employs the art of fasting as a means to reach spiritual heights that are otherwise unachievable.

A ketogenic diet is also being used successfully for obtaining peak athletic performance and increased endurance. This theory totally debunks the old “carb loading” paradigm. I am currently working with several world-class endurance athletes who have significantly improved their performance after switching to a high-fat, low-carbohydrate diet.

In Dr. Phinney’s, (author, The New Atkins For a New You) study of long-distance cyclists, athletes reported going from what they termed “six banana rides” (where they would eat 6 bananas over the course of a 100-mile bike ride) to “no banana rides” when they switched to eating fat instead of carbohydrates and became keto-adapted...

Athletes reported feeling better at the end of their rides; needing absolutely no carbs along the way and experiencing no hunger or food cravings… This is an incredible discovery and is currently changing the nutrition of competitive athletes around the globe who are realizing the benefits of the ketogenic diet for enhanced performance. Athletes benefiting from the ketogenic diet include the winner of the Western States 100 Mile Run, Timothy Olsen.

Dr. Phinney also wrote The Art And Science of Low Carbohydrate Living, which is an excellent resource for health care professionals. I highly recommend this book! I worked with Dr. Phinney at his clinic where we treated obese and diabetic patients using a low carbohydrate, ketogenic diet. I saw people lose hundreds of pounds, reduce their insulin or get off insulin reverse heart disease.

Ketosis can be used intermittently as a very effective detox protocol because it metabolizes fat cells, where toxins get stored. When you are in ketosis, your body is burning fat for fuel, instead of carbohydrates. Most detox programs are “water-based,” meaning that you drink a lot of [lemon] water and juices… But these types of cleanses do not initiate a metabolic shift into ketosis. They may flush the organs (particularly the kidneys) with lots of fluid — but the fat-soluble toxins don’t budge. Your body needs fat to escort fat-soluble vitamins into the cells and to escort stored toxins out of the fat cells.

Although I have never struggled with my body weight, I personally have found the ketogenic diet to be an invaluable tool in raising healthy children in a very toxic world. I used this dietary strategy often to reverse many childhood illnesses and to this day, none of my children have ever taken a single antibiotic. I am delighted to see the ketogenic diet making its way into the mainstream.

Big thanks to all the doctors, researchers, and scientists who continue to write, speak and teach the world about “right” science! A deep bow of gratitude to the pioneers of politically incorrect nutrition!

If you would like to learn more about how a low carbohydrate diet for weight loss or for putting the symptoms of prediabetes or Type 2 Diabetes and associated metabolic diseases into remission. Click here to find out how you can start targeting the root cause of these conditions and start taking control of your health.

To our good health!

Get occasional updates from Ketogenic Diet Coach in your inbox