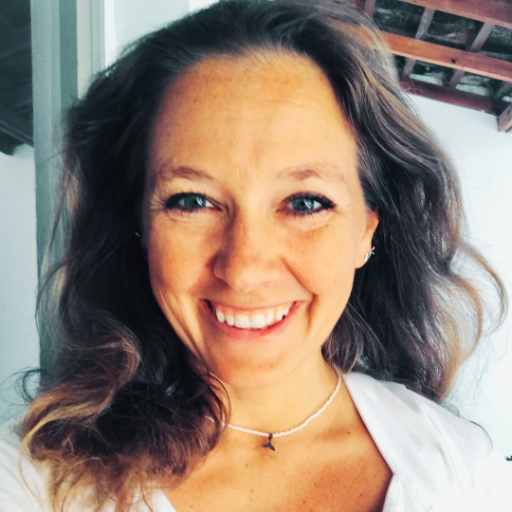 Venture Within - Transformational Experiences in Life Coaching and Travel

The Disastrous Consequences of Fearful Choices 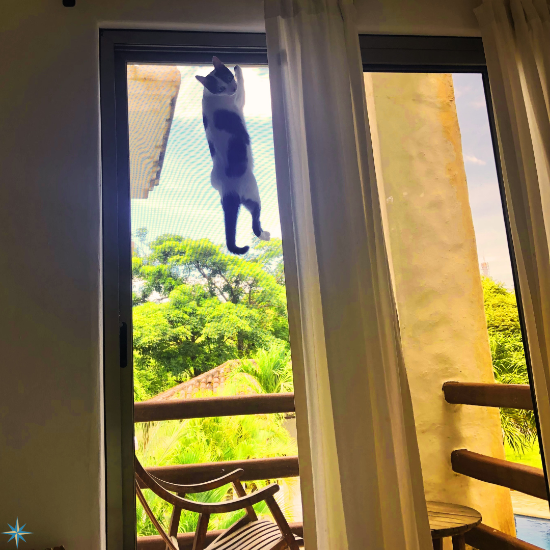 This is a story about what happens when we allow fear and panic to fuel our decisions.

And . . . . it’s another story about Tino, and the life lessons I learn from my cat.

For those of you following, my one-and-a-half-year-old kitty has recently survived her third horrifying free fall. Her third.

The first fall occurred as she was playing (hunting? exploring? ) on the second story of my condo building. A maintenance man she doesn’t like (nor do I – he gives off bad vibes), was climbing the outside stairwell and heading her way.

With no open condo door to run through, and lacking the courage to run past him on the stairs –  the only exit – her fear and desperation drove her to leap from the 2nd floor balcony, crashing onto the bushes below.

I was nearby, and she only had to yowl in fear once before I ran down the stairs myself, scooped her up, and carried her home. She was okay. Only a little scared and shaken. So was I.

The second fall was more spectacular and death-defying.

She was fighting with a stray cat that stalks these grounds, except the fight took place on the roof of my building, 4 stories high. This feral cat is also black and white, and likely related to Tino, hence the regular catfights between the two when they cross paths.

The fury of the family feud attracted the attention of the groundskeepers nearby, and they watched as the furry felines screamed and clawed at each other, chasing and rolling and tumbling on the slanted ceramic tile roof.

I’m not sure what injuries befell the other cat, but in the tumbling commotion of the fight, they rolled too close to the edge and Tino fell all four stories.

Unfortunately, I did not see her fall, and it took several days to discover what had caused her injuries. Her hip was dislocated, surgery ensued, as did a horrible 10 days of administering 8 syringes a day of medicine she hated the taste of.

Happily, she has almost fully recovered from this injury, jumping and climbing and exploring again, with a limp only noticeable if you know it’s there.

Almost recovered, until this past Friday.

This third fall was not the result of fearful choices, nor from fury, but from panic and confusion. I have just finished moving down to the second floor, and as a rule, I have kept her mostly inside until she is familiar enough to find her way home to this new condo.

Friday morning, she must have pushed open the screen door. As she peeked out, the main front door, nudged by the wind, closed sharply behind her, slamming and shutting her outside and onto the front porch.

Spooked, she ran up the stairwell to the third floor, where she thinks she used to live, attempted to leap from the banister into the side window (leaping over a 30+ foot drop), which she used to do with ease, as I always kept the window open for her.

This window was of course closed, because even though it looked like her home, and a place of safety, it no longer was.

She bounced off the closed screen and free fell all three floors to the ground.   This time, I was there as it happened, and could rescue my terrified kitty from the ground below and bring her safely home. I think she only had the wind knocked out of her, as she struggled to cry, and her breathing was laborious for a day or so.

She might have surrendered one of her cat lives, but this set of X-rays showed no more broken, dislocated, or damaged things.

The life lesson here? It was fear, fighting, and panic that all lead to disastrous accidents that, fortunately, were recoverable.

But it got me thinking, as being a cat owner this last year often has, about the mistakes we can make when we respond from a place of fear. (Or feuding or panic, or any other negative emotion).

It’s a natural and automatic impulse we follow because the rush of fear is oh so strong.

But reminding ourselves to take a pause, breathe in deep, and explore more ideal choices could change the course of our day. The pause can improve the flow of our relationships. The pause could positively impact the health of our bodies.

All Tino had to do when the maintenance man walked towards her, conjuring fears of entrapment and danger, was to summon her bravery, lay low and wait it out. No harm would have befallen her.

All she had to do was choose not to engage in a perilous fight with a stray cat, or at least demonstrate some self-awareness as they tumbled over precarious rooftops in full attack mode, not at all thinking, “Hey, maybe we should take this to the grassy area below instead?”

All Tino had to do was look ahead before she leaped, and she would have noticed the window screen was closed, and there was no landing for her to make.

Unfortunately, I have often found myself making the same mistakes as Tino. Not quite free falling from buildings every few weeks, (knock on wood), but reacting from a place of fear, anger, or panic.

This often leaves me damaged in some way.

As a coach, my role is to help others grow, personally evolve, and commit to deeper thinking that allows for clearer, cleaner life choices. But that doesn’t mean I have figured out how to navigate through life with success at every turn myself. I am still working on taking the pause sometimes, to rethink or talk through things when that rush of panic or fear reverberates through me.

And Tino – lord knows if she’s chalking up as much of these life lessons from her disastrous falls as I am from them. But I think if we both start learning from these fear-fueled mistakes a little quicker, we will both be better off.

Venture Within - Transformational Experiences in Life Coaching and Travel Newsletter